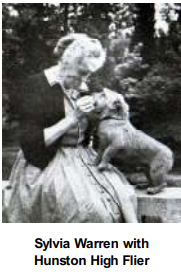 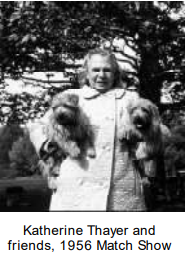 First and foremost, the Norfolk Terrier is a working dog in a compact package.  While their winning personalities and small size may at first make them seem like lapdogs, their history points to real terrier heritage with the problem-solving skills and instincts of a true hunter.

The breed got its start in the 1800s in England, thanks to the influence of several individuals. Among them was a dog dealer by the name of Charles “Doggy” Lawrence who bred small Irish, Yorkshire, and native red terriers from East Anglia into a strain of dogs known informally as Cantabs.  He sold these small red and black & tan dogs to students at Cambridge University who used them as both companions and ratters.

Another prominent name in the early history of the breed is E. Jodrell Hopkins. After graduating from Cambridge in 1899, Hopkins opened a livery stable on nearby Trumpington Street. There, he developed his own strain of dogs, calling them Trumpington Terriers. Hopkins had a small brindle Aberdeen-type terrier bitch who he mated to a red dog that belonged to Doggy Lawrence.

A puppy from that litter, named Rags, went to the master of the Norfolk Staghounds J. E. Cooke where he proved to be a prolific and dominant sire.

Rags, who had a shaggy harsh red coat, prick ears, and a keen working instinct, was eventually bred to a smooth-haired, white bitch with prick ears called Ninety owned by Lewis (Podge) Low.  He bred her to Rags several times, and she always produced red puppies, some of which were purchased by Frank Jones who was then First Whip to the Norwich Staghounds.

According to the Norfolk Terrier Club of Great Britain, Jones crossed his stock with other terriers in order to get the type he liked and the resulting offspring were in great demand amongst the local sporting fraternity. Later, when he went to work for horse dealer John Henry Stokes of Market Harborough, a town in the district of Leicestershire in the midst of fox hunting country, he became known as "Roughrider Jones" for his facility in breaking and training horses. It was during this time that the demand for his puppies continued to increase.

Having first developed his dogs when he was in Norwich, Jones called his small pack Norwich Terriers. However, when some were sold to America they became known as ‘Jones Terriers’ after their breeder and not the place in England where they’d originally come from.

The first such Jones Terrier to travel to America was purchased in 1914 by a Philadelphia sportsman, Robert Strawbridge who had traveled to Market Harborough to purchase a horse for fox hunting. Strawbridge paid Frank Jones 10 shillings and a sixpence for a puppy named Willum who was said to be of exceptional character and conformation.

In Joan Read’s book, The Norfolk Terrier, Willum is described as being red in color with short legs and a foxlike head. His body was thickset and much smaller than a Sealyham Terrier. Unofficially, Willum was referred to as a ‘Norfolk Terrier’ by J. Watson Webb, master of the Shelburne, Vermont, foxhounds who used him to develop his own small strain of tenacious fox bolters who were small and tough enough work the rocky New England countryside.

Prior to its acceptance as a specific breed by the Kennel Club (Eng.) in 1932, those who bred these small working Norwich terriers had little regard for ear carriage, except as influenced by their own personal preference. In fact, the first breed champion in England was Biffin of Beaufin whose owner, Mrs. E. Mainwaring, preferred her terriers with drop ears.

Merry had been picked for Bixby by Percy Roberts (1891 - 1977), one of the most famous names in dogdom due to his skill as a handler, judge, and buyer’s agent. Born in England, Roberts emigrated to America but made frequent trips back to Great Britain starting before World War II.  He liked the look of Biffin of Beaufin, the first English Champion, and by 1937 he was bringing over pairs of drop ear Norwich for an expanding number of enthusiasts in the Northeast. Though never a Norwich DE breeder himself, his influence on the breed is an often overlooked, but always important, part of the breed’s history.

Over the years in both England and the U.S., there was much discussion by club members about separating the dogs with two different ear carriages into two separate breeds and in 1964 the Kennel Club (ENG.) approved the breed’s division into Norwich and Norfolk Terriers. In the United States, however, the dogs were still known as Norwich Terriers (DE and PE). It wasn’t until 1979 that the American Kennel Club granted breed separation, with the Norwich and the Norfolk each named a distinct breed.

And, while it is often stated that the only difference between Norwich and Norfolk is their ear carriage, this is untrue. The breeds clearly vary in a number of significant ways including structure, health concerns, whelping and nurturing styles, and temperament. To the latter point, the late Joan Read (Chidley) a breeder of both Norwich and Norfolk, described the two breeds in the show ring thusly: A Norwich  defies you to put him down, while a Norfolk says, ‘Please put me up!’.

There were a number of influential kennels in the United States in the early years, including River Bend (Sylvia Warren); Castle Point (Mary Baird); Mt. Paul (Anne Winston); Wendover (Priscilla Mallory); and Bethway (Barbara Fournier), among others.  In current pedigrees going back to the 1940s, 50s, and 60s there are names of dogs whose early influence initially stamped the type of the modern Norfolk in the United States.

In a world where time is measured in fractions of a second, and the work of prior generations is often forgotten, The Norfolk Terrier Club appreciates the hard work and dedication of the earliest breeders in this country and in England who put in the time, patience, and dedication to develop the Norfolk Terrier into the breed it is today.  While the path leading to the present-day Norfolk is not direct, with additions of a variety of terriers and perhaps other types of dogs as part of their earliest lineage, the breed has become one of the most appealing members of the Terrier Group.

Further information about early breeders and the dogs who are the ancestors of our present companions, we recommend the website of the Norfolk Terrier Club of Great Britain and Joan Read’s book, The Norfolk Terrier, which contains profiles of many early American Kennels.